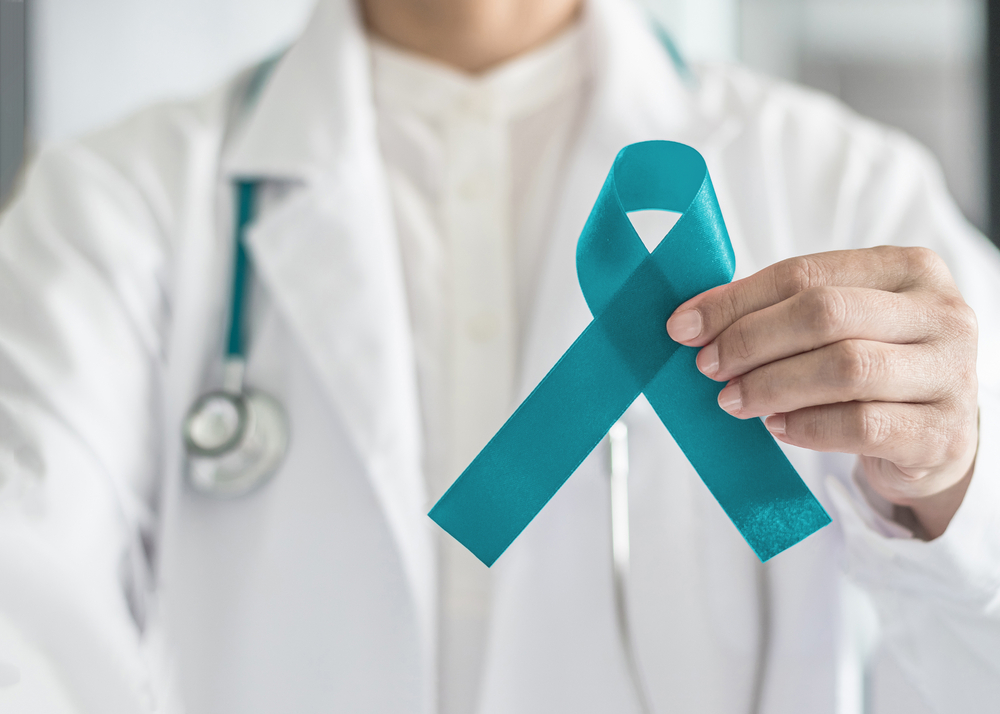 March is Ovarian Cancer Awareness Month, a chance to raise awareness about this disease and support the organisations working hard to find a cure and stamp it out.

Sadly, two thirds of women diagnosed with ovarian cancer are diagnosed too late, despite Cancer Research’s campaign Be Clear on Cancer, which has been promoting awareness and early diagnosis of ovarian cancer since 2013.

Caught early, ovarian cancer can be successfully and easily treated but still many people are uncertain of what to look for. The statistics are alarming: 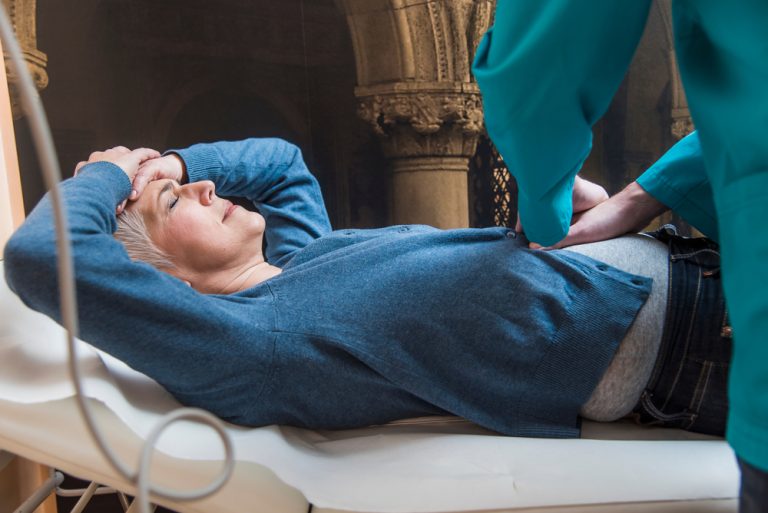 A worrying 90% of women don’t know the four main symptoms of ovarian cancer, which includes the ovaries, fallopian tubes, and the primary peritoneum, the tissue lining the abdominal wall and covering the abdominal organs.

The main four symptoms are:

They can also include back pain, changes in bowel habits (either going more often or a lot less), and extreme tiredness for no clear reason.

These symptoms can also be indications of ovarian cysts, polycystic ovary syndrome and irritable bowel syndrome, so it’s wise to see a gynaecologist, oncologist or doctor.

Who is most at risk?

Women whose relatives have had ovarian cancer, particularly if they were a first or second-degree relative, face a three-fold increase in the risk of developing ovarian cancer.

Women who also have strong family history of either ovarian cancer or breast cancer alone. Other risk factors include people with Lynch syndrome, and confirmed mutations in BRCA1 or BRCA2 genes. 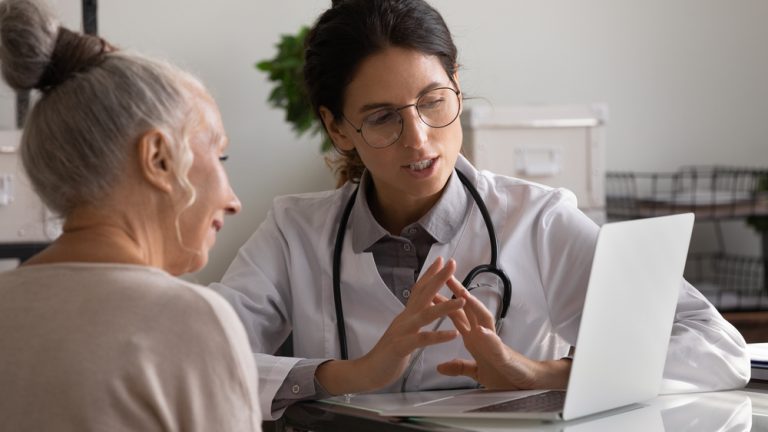 Figures from Cancer Research show around 5,900 women are diagnosed with ovarian cancer in England each year, of which around 4,900 (more than 80%) are aged 50 and over.

Early detection is crucial. Women with early stage disease can experience symptoms, and more than 90% of ovarian cancer patients identified at the earliest stage (also known as stage I) survive their disease for at least five years.

This figure is around 5% for those women diagnosed with the most advanced stage disease (stage IV).

Unfortunately, research has revealed that outcomes in Britain are worse than those in some European countries and recent estimates suggest that around 500 deaths from ovarian cancer could be avoided each year if survival rates matched the best in Europe.

There is no vaccine for ovarian cancer, but women can have genetic testing to identify their risk factors.

For those at the highest risk of being diagnosed with ovarian cancer, removing the ovaries and fallopian tubes cuts it by more than 90% in women with BRCA1 or BRCA2 mutations.

For women with Lynch syndrome, who are at risk of several cancers, the risk factors for ovarian cancer are almost eliminated. 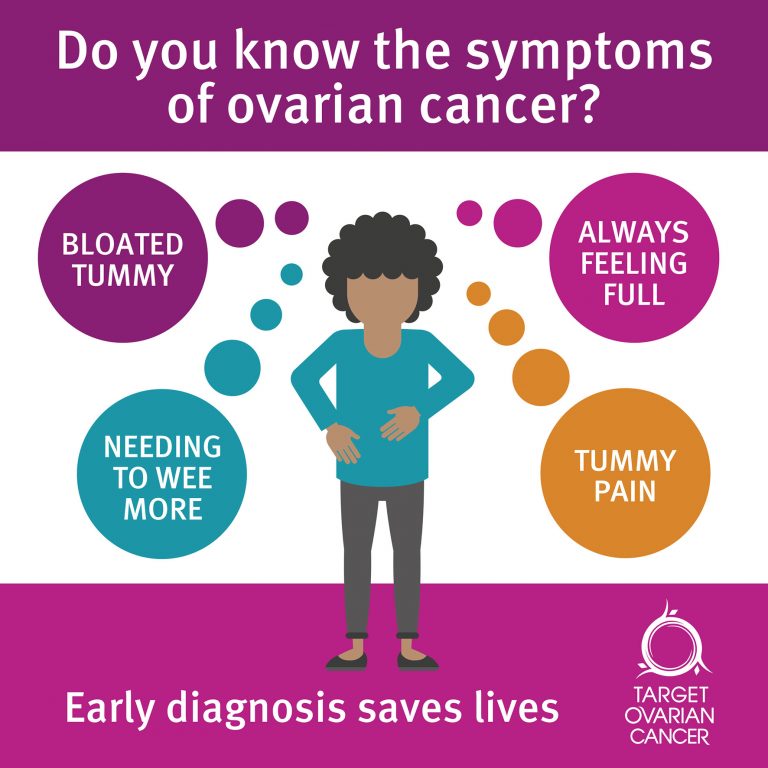 The vague nature of ovarian cancer symptoms can make an early diagnosis difficult, but in order to save lives and prevent more deaths, education about the early signs and teaching people about cancer awareness as part of daily life is vital.

Research is ongoing into finding a treatment for ovarian cancer and other cancers, and we should do all we can to keep patients at a minimum.

You can get involved

That’s why so many cancer charities and organisations are using Ovarian Cancer Awareness month to ensure women, no matter their age, know what to look for, in themselves and their loved ones.

There are lots of ways you can get involved, whether it’s through fundraising to support treatment development and cancer research, or by spreading the word about ovarian cancer’s symptoms to help save lives.

How Age Care Advice can help

If your loved one is diagnosed with ovarian cancer, our home care and live-in services can support you and your loved one as they deal with treatment and recovery.

Our Carers and companions will do all they can to enable you to live your life as independently as possible while ensuring dignity, sensitivity and privacy.